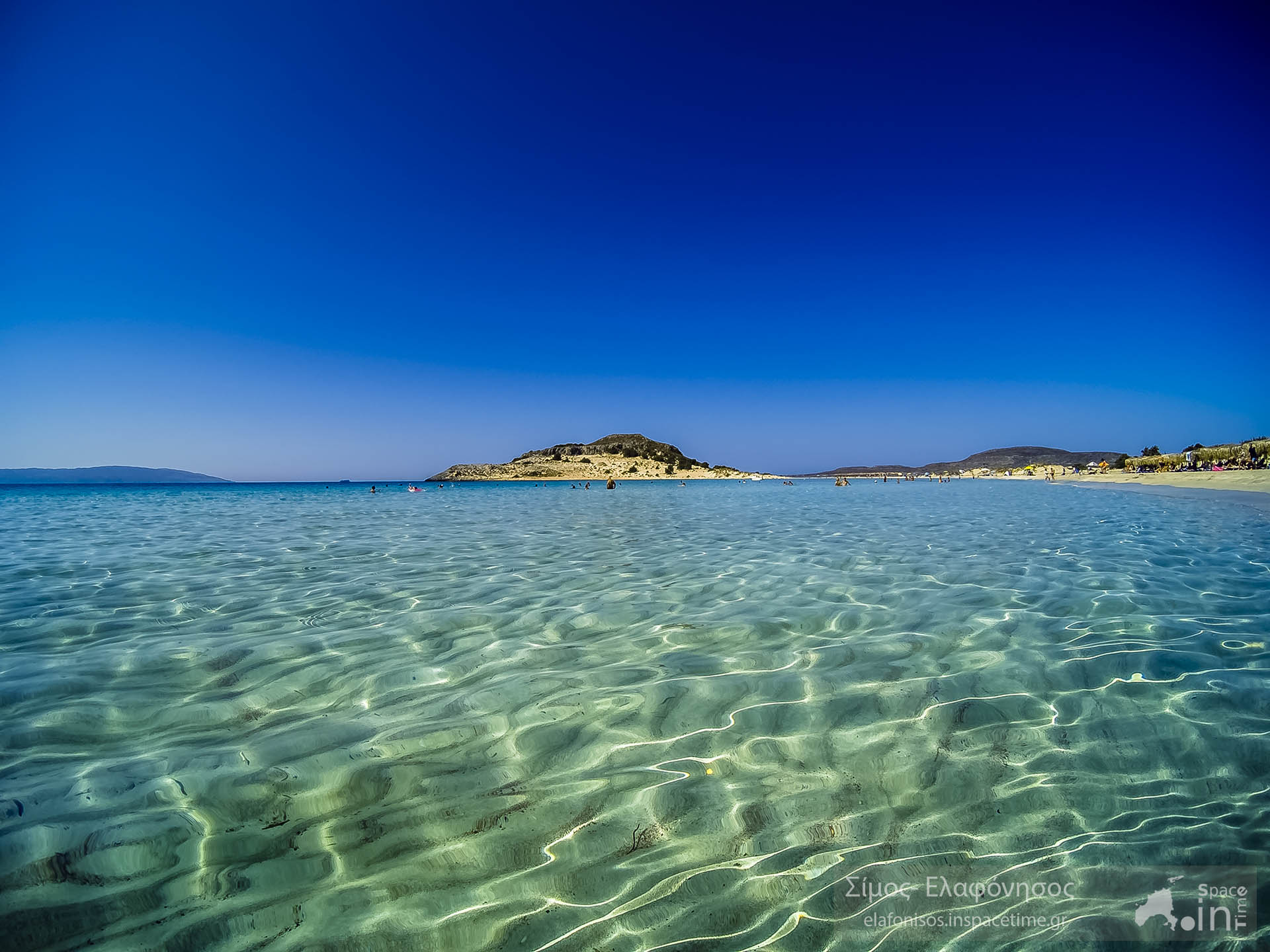 At a distance of 4 km from the Settlement of Elafonisos, on the southern side of the island are the twin beaches of Simos (small beach) and Sarakiniko (long beach or Tseratsiniko for the locals). Access is by car and during the summer months you can also reach it by renting a boat from the old harbor of Elafonisos (Skala).

Characteristic of the landscape is the fine golden sand, the shallow, turquoise, clear waters, the dunes that reach even the 10 m high and the cedar forest that spreads over the two beaches. The endless, white sand beaches and the turquoise waters give the scenery an exotic beauty. On the beaches of Simos and Sarakiniko you can admire the pink sand that comes from shattered coral, the countless multicolored shells and the rich underwater.

The most magical moments to be at Simos beach is during the sunrise, at nights when there is no moon when one can see the countless stars but mostly, the full moon nights: rare experience in which the white sand reflects the light of the moon, and the sea is filled with stardust (probably there is some kind of plankton that glows in the dark but is only visible under the moonlight).

According to local tradition, the beach of Simos was named after either a diver from the island of Kalymnos, or a hermit named Simos. The beach of Sarakiniko was used as a base by the Saracen pirates, after whom it was named.

Between the two beaches is the Akrotiri Elena, south of which is supposed to be another submerged city. The presence of obsidian in the sand dunes strengthens this view (Dr. Mentis K. 1993: 13, 167).

To the south, you can see Kythera and the Strait of Elafonisos or "Cerigo's Bogazi", as the locals call it. It is the famous Cervi Channel that is found almost on all maps, especially during the Medieval era. Poet Genser in his poem "The first sailor" reports that the first sailor in the world was a young man who crossed the Strait of Elafonisos on a tree trunk when an earthquake cut off Kythera from Elafonisos and separated him from his beloved. This poem was included in the "Moral Tripod" published by Rigas Feraios (Dr. Mentis K. 1993: 167).